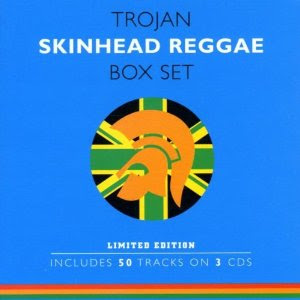 What are we for? nothing really. We're just a group of blokes. We're not for anything.
A Skinhead quoted in You'll Never Be 16 Again: An Illustrated History of the British Teenager by Peter Everett (1986).

For all its aggression , skinhead was a curiously passive phenomenon with no obvious interest in interacting with, let alone changing society. And, in a first for a post- war youth cult, it didn't even produce its own music, preferring to dance to the early versions of reggae that were coming out of Jamaica.
From Crisis? What Crisis? Britain In The 1970's by Alwyn W. Turner (2008)