Directed by Tony Smith, written by Trevor Griffiths. Adam Kotz as Finn, leader of an Oi band caught up in race riots in Manchester's Moss Side.
Watch online here.
http://video.google.com/videoplay?docid=1917768040647895869# 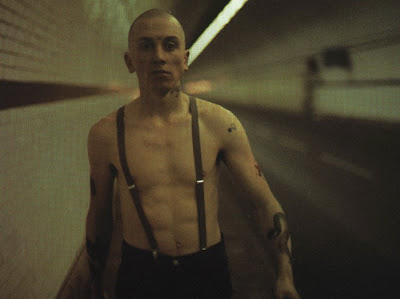 Made in Britain (1982)
Directed by Alan Clarke and written by David Leland. Tim Roth plays Trevor, a skin on a crash course with authority.
Can be seen on YouTube. 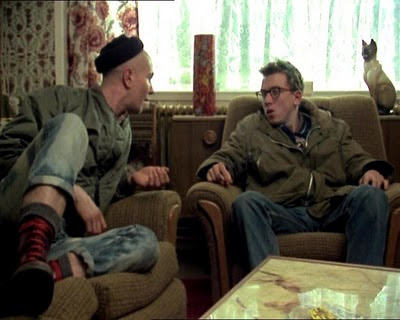 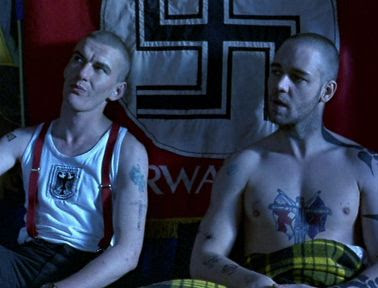 Romper Stomper (1992)
An unlovable group of Melbourne skins led by Hando (Russel Crowe) and his lieutenant Davy (the doomed Daniel Pollock) crumble in the face of progress and internal strife fuelled by sexual jealousy. This mob are racist bullies and cowards. Hando has a Hitler fixation. Geoffrey Wright apparently got the idea when he saw some Skinheads in a pub in Cardiff.
Widely available on DVD. 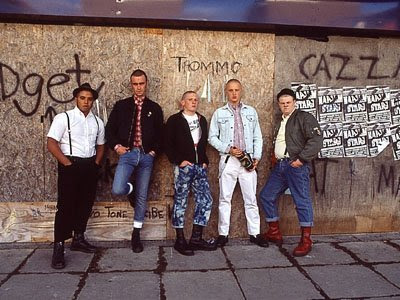 This is England (2006)
The Skinheads in Shane Meadows' film include a Jamaican, listen to ska, not Oi, and right wing politics divides the group. There is also romantic conflict between the two leading skins ( Combo and Woody, as opposed to Romper Stomper's Hando and Danny. The gang in Romper Stomper had also 'adopted' a young boy, Bubs).
Widely available on DVD. 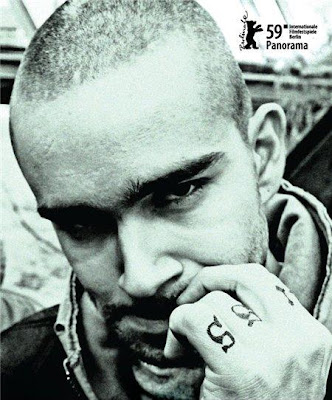 Россия 88 (2009)
Pavel Bardin's movie, which was banned from cinema and TV release in Russia, follows the eponymous Russian skinhead gang as they prepare a video for the internet. When the gang leader finds out that his sister is dating a man from the Caucasus ( people from the 'non European' former republics are the objects of hate to right wing Russian skins) the shit really hits the fan.
Can be seen on YouTube.