One Original Step Beyond 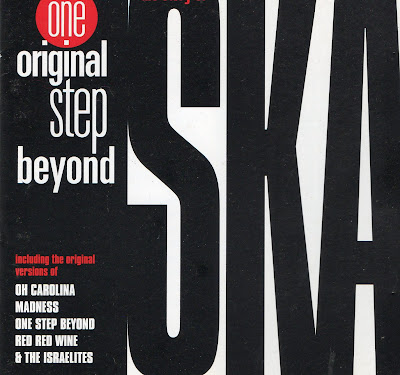 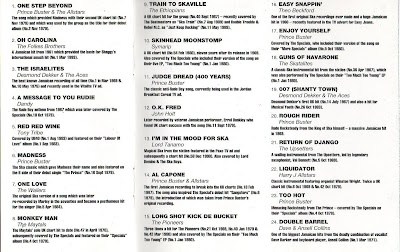 The 2Tone scene revived an interest in Jamaican sounds of the sixties and early seventies amongst young white listeners.
The Specials LP contained covers of songs by Dandy, Prince Buster and The Maytals; Madness began with a tribute to Prince Buster and followed it up with a cover of One Step Beyond.
Consequently Skinhead classics like Longshot and Liquidator reappeared in the UK charts, and acts like Derrick Morgan and Laurel Aitken enjoyed popularity with new audiences.
The original Trojan LPs became much sought after and a steady stream of compilation albums featuring the ska/ rocksteady/ reggae classics loved by the Skinheads of 1969 appeared.
This compilation was much later, 1992. From a personal point of view it was a Friday night favourite through which many of my younger friends learned about the music, whilst the older members of our gang wallowed in nostalgia.
The back cover gives the track listing along with the reasons for inclusion.