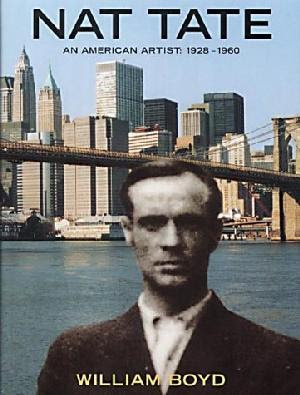 My local library's copy of Nat Tate, An American Artist 1928-1960 by William Boyd is still in pristine condition. The last time I checked I think it had been taken out four times, and it's glossy spine occupies an almost permanent position amongst the books on Modern Art.
I moved it once , into the fiction department, but some fastidious librarian, guided by the coded sticker, had moved it back by the following day.
Boyd might be pleased to know that twelve years after the publication of his now celebrated hoax, that there is a corner of Wales in which the deceit endures.
Of course, when the book was launched, (readings by David Bowie, no less...) not one art critic actually came out and said 'Nat Tate? Never heard of him...'
I can imagine them all laughing with a measure of relief when the book was revealed to be a hoax.
The Emporer's new clothes, my friends...
Posted by Walker