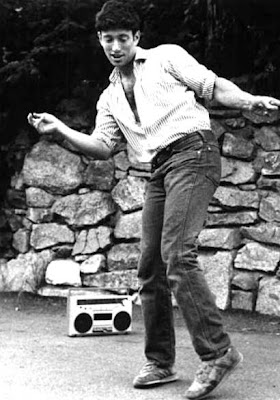 As founder of the Modern Lovers, he showed fussy teens everywhere that they, too, could be funny brats with smart songs... Chris Colin in Salon (Sept 2001).
We all know about how punk rock rebelled against the excesses of progressive music by going back to basics and using a DIY ethic. But Jonathan Richman was putting this into practice about three years before anyone else.
In 1970 Richman formed the first version of The Modern Lovers in Boston, along with Jerry Harrison (later of Talking Heads) and David Robinson (The Cars).
In 1972 they recorded demos produced by John Cale.
The Modern Lovers released their only LP after breaking up, a massively influential work in punk/ new wave circles.
In 1976 Richman reformed the band, and this is a compilation (released in 2001) of some of the highlights from their second incarnation.