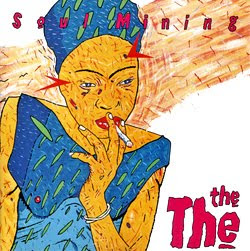 The sort of literate, earnest pop that gets music journalists drooling. Never a great commercial success and wary of compromise, Matt Johnson was a key figure in the cerebral, angsty music of the era. By about 1990 nearly everyone I knew had a copy of this highly regarded album.

Labels: Matt Johnson, The The