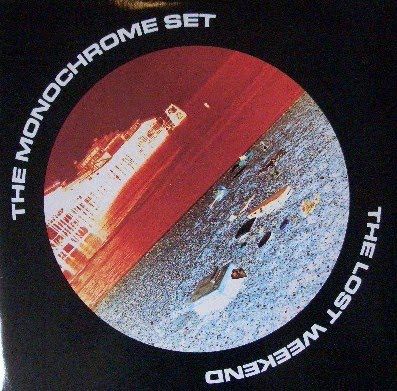 I'll never understand it, not if I live to be 100.
When The Monochrome Set, after 6 years, finally did a deal with a major (Warner's), they produced a suitably mainstream LP. The two infectiously poppy singles , Jacob's Ladder and Wallflower should have been massive, but reached numbers 81 and 97 in the charts.
Mismanagement by the label (Blanco y Negro, a WB subsidiary) failed to capitalise on the airplay that Jacob's Ladder was accorded. The video was delayed, the opportunity missed. Hurrah!