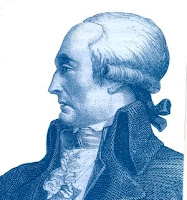 Joseph Servan said: A fool of a despot may force his slaves with iron chains. But the true politician binds them much faster by the chains of their own conceptions. He fastens the shackles to the solid ground of reason, an anchor which is securer the less we know of its nature, and the more we believe ourselves to be its originators.