The future social organisation must be made solely from the bottom up, by the free association or federation of workers, firstly in their unions, then in the communes, regions, nations and finally in a great federation, international and universal.
Mikhail Bakunin

The idea that Bakunin outlined above laid the foundations of Syndicalism, an alternative to authoritarian or state socialism.
One of the key documents relating to syndicalism was published in Tonypandy 100 years ago.

Its main author was Noah Ablett (1883 – 1935).  Born in  Porth and educated at Ruskin College, Oxford, Ablett was employed as a checkweightman  at  Mardy Colliery, (Maerdy, Rhondda Cynon Taf). The position of checkweightman was one of great responsibilty- elected by the colliers themselves to ensure that they were fairly paid (they were paid by weight of coal cut) and to represent their cause in disputes with the managers.
Mardy was a pit that maintained it's strong millitant traditions right up until its closure in 1990, and which was noteworthy during the 1984/85 Miners' Strike as the workers maintained 100% adherence to the strike and loyalty to the cause. 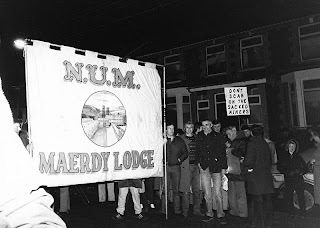 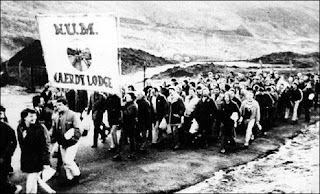 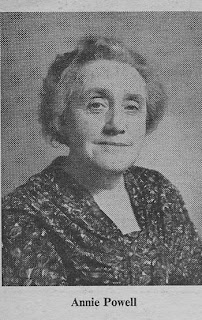 The area's proud radical tradition is also reflected in the fact that it was referred to as Little Moscow, and, in the very year that Thatcher came to power, The Rhondda elected a Communist mayor-Annie Powell (1906-1986).
Posted by Walker