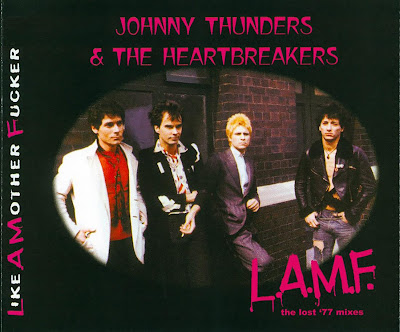 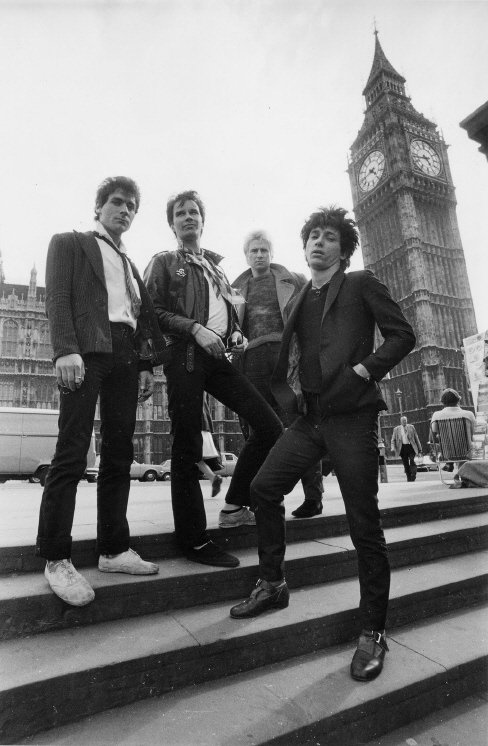 In May 1975 two of the most influential bands in the nascent punk scene underwent personnel changes.  Johnny Thunders (1952 –1991) and Jerry Nolan (1946–1992)  left the New York Dolls, whilst Richard Hell (1949-) left Television.
This trio were soon performing under the name of The Heartbreakers. Walter Lure completed the line up.
Richard Hell left the group in 1976 and was replaced by Billy Rath.
L.A.M.F is the Heartbreakers only studio album. The original release didn't do justice to the band, the sound being described as 'lacklustre'. Several remixed versions have been issued, to mixed receptions. The Lost '77 Mixes is currently held to be the best version.