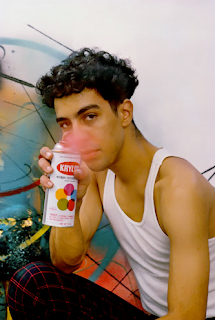 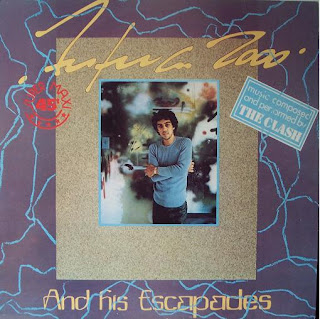 Futura 2000 (Leonard Hilton McGurr) is a graffiti artist from New York City. In 1982 he provided a rap on Overpowered by Funk on The Clash album Combat Rock. At this time The Clash (on the verge of break up) were experimenting with the new urban sounds of  hip hop. Always image conscious The Clash also embraced other elements of this relatively new proletarian culture.
In the 70's Futura 2000 was dodging the cops painting subway trains, by the time this record was released he was a respectable gallery artist and graphic designer.
The movie Style Wars is well worth a watch- it's on YouTube of course...