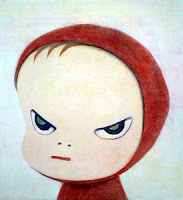 Walker says: Burning Aquarium first appeared on March 13th 2009. I had no idea how long it would last. I still don't.
The posts have been less frequent of late for a variety of reasons, but I'm immodestly happy with the quality and variety of the content.
We're getting an average of about 700 page views a day.
The most viewed page: Bjork Unplugged
The most downloaded file: Television- Double Exposure Demo
By way of celebration see below for a really great record by a really great band...
Posted by Walker