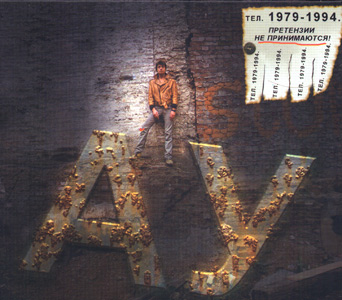 When, as a youth in Leningrad Andrei Panov read a condemnation of the Sex Pistols in the Soviet press, he decided that punk rock was for him. Without ever having heard the music he became Leningrad's (possibly the Soviet Union's) first and later most eminent punk.
He adopted the nom de guerre Cвина (Pig), and formed the band Автоматические удовлетворители (Automatic Satisfiers) in 1979. The influence of the Sex Pistols is evident in AY's sound.
Panov died in 1998, aged 38.
Punk Rock in the Soviet Union was a remarkable phenomenon; it took a lot of courage for suburban middle class kids in the west to say Fuck the System and outrage their elders, but in the USSR the state did more than tut it's disapproval. The music industry was regulated by the state and (in theory) only approved artists could perform and record.
There were however, well established underground mechanisms in place from earlier times that perfectly suited the DIY ethos of punk, and bands and writers needed access to only the most rudimentary means of recording and reproducing their work in order to reach a large and eager audience.
CD rip @ 320. 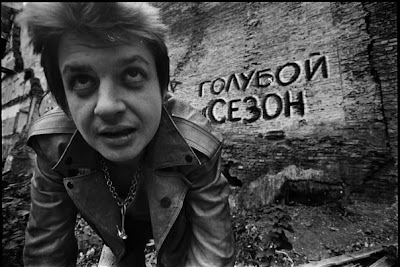