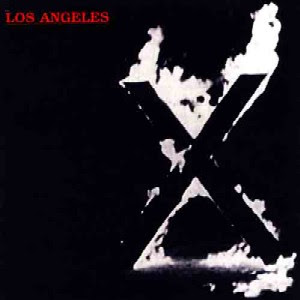 The début LP of the influential punk band from, er... Los Angeles.
The album was produced by Ray Manzarek of The Doors who is also credited with recognizing the band's potential. Later records didn't achieve the critical acclaim of Los Angeles, as X underwent a genre drift towards a more commercial sound .