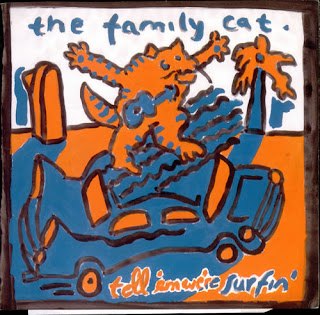 Medicine For The Soul...
On April 16th, 1943, 37 year old research chemist Albert Hofmann was synthesizing LSD when he accidentally absorbed a small quantity through his fingertips. He described the effects:
(I was) affected by a remarkable restlessness, combined with a slight dizziness. At home I lay down and sank into a not unpleasant intoxicated-like condition, characterized by an extremely stimulated imagination. In a dreamlike state, with eyes closed (I found the daylight to be unpleasantly glaring), I perceived an uninterrupted stream of fantastic pictures, extraordinary shapes with intense, kaleidoscopic play of colors. After some two hours this condition faded away.
Three days later, April 19th, 1943, Hofmann performed a self-experiment to determine the true effects of LSD, intentionally ingesting 250 micrograms of the substance (Hoffman predicted this as being the threshold dose, whereas an actual threshold dose is just 20 micrograms). Less than an hour later, Hofmann experienced sudden and intense changes in perception. He asked his assistant to escort him home . Due to wartime petrol rationing, they cycled. Hofmann’s was soon experiencing anxiety, believing in turn that his neighbour was a malevolent witch, that he was going insane, and that the LSD had poisoned him. When his doctor examined him however, no physical abnormalities were noted, apart from the fact that his pupils were dilated. Hofmann was reassured by this, and soon his fears gave way to a sense enjoyment and well being.
... little by little I could begin to enjoy the unprecedented colours and plays of shapes that persisted behind my closed eyes. Kaleidoscopic, fantastic images surged in on me, alternating, variegated, opening and then closing themselves in circles and spirals, exploding in coloured fountains, rearranging and hybridizing themselves in constant flux ...
Hofmann foresaw the drug being used in psychiatry, but thought it had no recreational appeal due to the intensity of the effects.
He died on April 29, 2008, aged 102.

The album opens with the track Albert Hofmann's Bike...
Burning Aquarium endorses neither the use of illicit drugs nor their proscription by law.
Posted by Walker