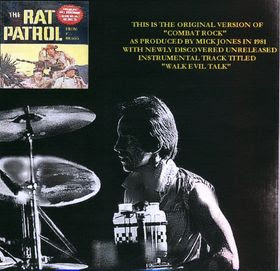 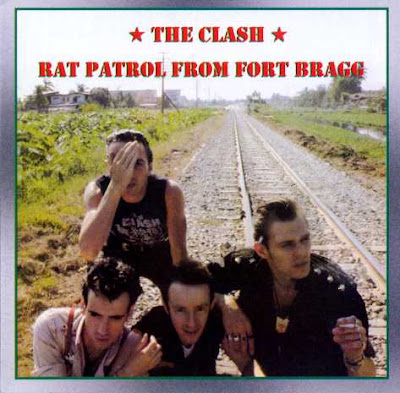 All I can add to the billions of words written about the greatest band ever are my  personal recollections of the way in which their music brought a bit of light into a gloomy adolescence in the late 70's and early 80's.
I've always held Combat Rock by The Clash in the very highest esteem. The release of London Calling was the high point in my life as a consumer of music- everything being perfectly right at the time - the eager anticipation, the discussion of the songs on the schoolyard, the sense of belonging to some huge gang whose members were spread across space and time.
I know that a lot of 'purists' felt that The Clash lost their way (and Sandinista was a bit of an effort) but I was absolutely bowled over by the lyricism and funky groove of Combat Rock.
Here's the album as produced by Mick Jones in 1981, a famous bootleg.